Architect Of The Most Classic Designs

I am fascinated by classic interior designs. Recently this fascination led to a rediscovery of architect and designer Arne Jacobsen. Both his buildings and products combine modernist ideals with a Nordic love of naturalism. He believed that the design of every element of a building had to be harmonious, down to the doorknobs. When he started work on the design of St Catherine’s College, he insisted on adding a clause to his contract stating that: ‘Professor Jacobsen should undertake as much as possible of the landscape design and the design of fixtures and fittings.’

Jacobsen interpreted this as being given carte blanche to obsess over everything from the exact shade of grey for the curtains, to the height of the cedar trees he planted in the quadrangle and the combination of fish, chub and golden orfe, to be placed in the pond. The result is a completely coherent, perfectly proportioned, yet very gracious campus – the design of which has remained more or less unchanged since its completion in 1963.

During the 1950s, Jacobsen became increasingly interested in product design, inspired by the work of the US furniture designers, Charles and Ray Eames. He was also influenced both by the ideals of his textile designer wife, Joanna, and the Italian design historian Ernesto Rogers, who believed that the design of every element was equally important “from the spoon to the city”. In 1951, Jacobsen completed work on the Ant Chair – Model 3100, an intricately moulded plywood seat on three spindly steel legs.

This was followed by the simpler hourglass form of the 1955 Model 3107 – Series 7 Chair. Like the Ant, the Series 7 was perfect for modern living being light, compact and easily stackable. But no one, even Jacobsen himself, anticipated that it would become one of the most popular and most copied chairs of the modern era. The Series 7 Chair was first shown in 1955 at the H55 exhibition in Sweden. The chair is ideally suited to the human body, its seatback has a comfortable ‘give’ and its waterfall seat edge does not press into legs.

By the late 1950s, Jacobsen was given an opportunity to put his theories of integrated design and architecture into practise in the design of the SAS Ari Terminal and Royal Hotel in Copenhagen, which may be the first ever designer hotel. He designed every element of the building from its skyscraping structure down to the ceramic ashtrays sold in the souvenir shop and the stainless steel cutlery later chosen by Kubrick for ‘2001: A Space Odyssey’. Jacobsen also created another pair of classic 20th century chairs for the hotel in 1957 – the Egg and the Swan.

The Egg is believed to be inspired by Eero Saarinen’s ‘Womb chair’. However, in many respects, the Egg is a more complete design. The Swan is related to the Egg in concept. It is very rare that a designer’s creation becomes a classic during his lifetime, but the Egg and the Swan are two such furniture designs which became classics during Jacobsen’s lifetime. 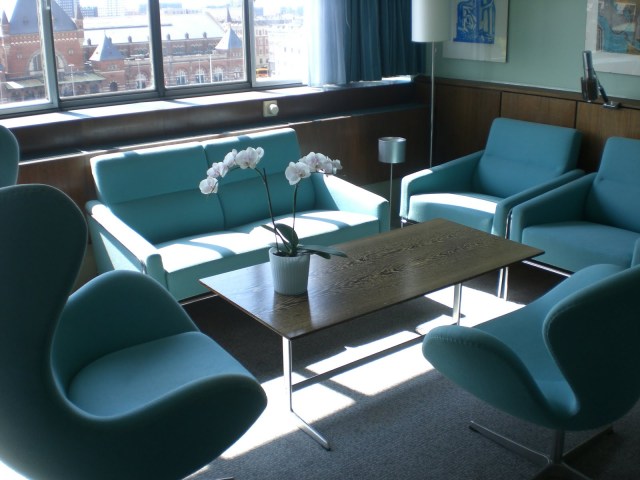 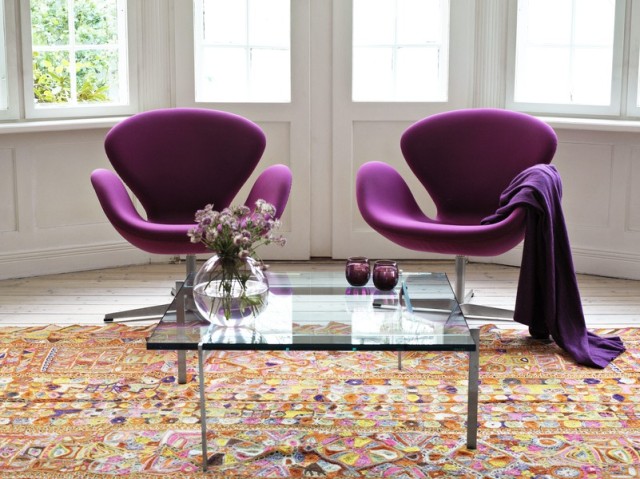 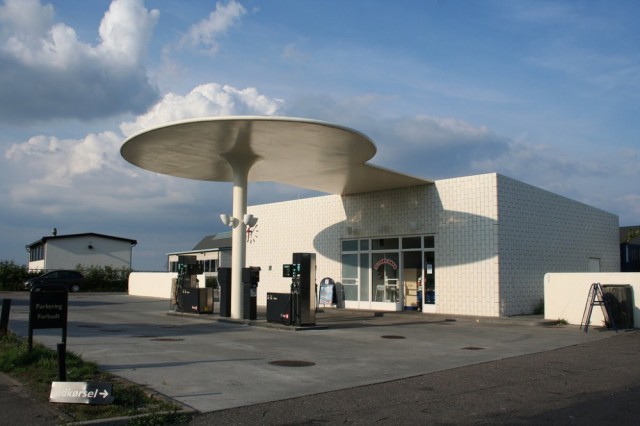 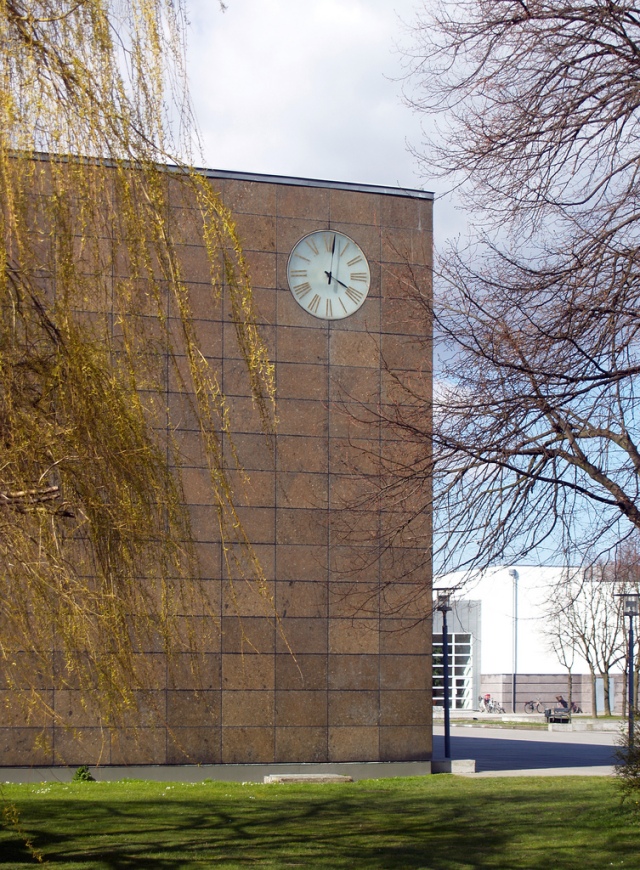 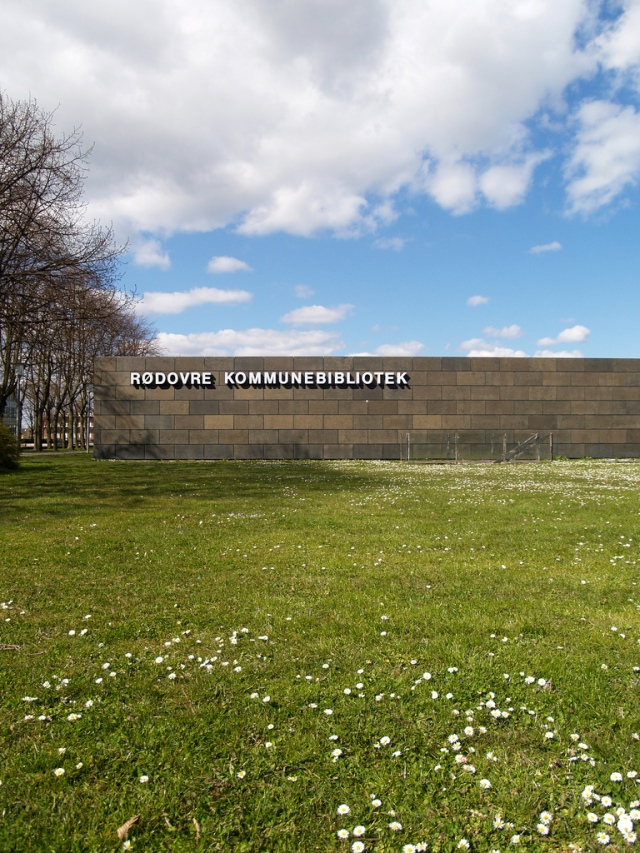 The elegant functionalism of the SAS Royal Hotel and the 1950s schools Jacobsen had built in and around Copenhagen persuaded the Oxford dons, who were touring Scandinavia in search of an architect for St Catherine’s College, that he was the ideal candidate. Together with the SAS Royal Hotel and the later National Bank of Denmark headquarters, St Catherine’s is regarded as one of Jacobsen’s architectural masterpieces.

Months before his death, Jacobsen reflected on his career. “The fundamental factor is proportion. Proportion is precisely what makes the old Greek temples beautiful…And when we look at some of the most admired buildings of the Renaissance or the Baroque, we notice that they are all well-proportioned. That is the essential thing,” concluded the architect with some of the most classic designs today.

This entry was posted in About the Arts. Bookmark the permalink.