A Feeling Of Coming Home 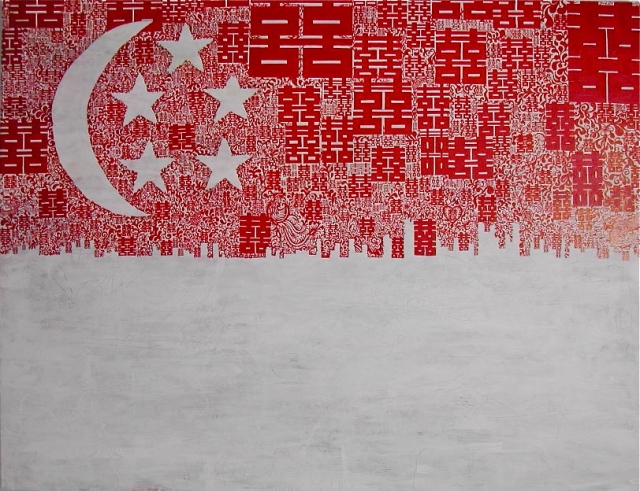 Last week, a visiting friend, one of the most mindful persons I know, related an intriguing story about relocation. A scientist, she had achieved a good standing and a comfortable life in her hometown. She never left the UK until she went on a holiday in Asia. In Thailand, hearing Thai spoken for the first time, she had an other-worldly thought that she knew the language. The holiday was fine but not particularly memorable, yet when she returned to England, she felt incredibly homesick. It started the push and pull struggle within her. None of her family members or close friends could comprehend why she would think of moving to Asia. It led her to Thailand, alone, without a job. Then out of the blue, someone whom she had not been in touch for a while, called her. She was going to cut him short because he called her on her UK mobile. He asked if she would consider a consulting job in Asia. Where? Well, in Thailand. He was calling her from Bangkok, and within an hour, they met for dinner. She has since lived and worked in Thailand for over 10 years.

A young man who studied physical education won the Star Search contest in Guangzhou. He was signed on to a TV station in Singapore. On the flight to Singapore, he was crying uncontrollably. Leaving a closely knitted family behind and staying with fellow artists in a HDB flat, life was alien and lonely. He became withdrawn and harboured a I-am-not-from-here, I-am-just-working-here defensive stance. Then he started to find success. And a friend. Who pushed him to buy a Singapore property, and urged him to make more friends. On his tenth year in Singapore, he held a gathering where he cooked for his friends and fans. At the gathering, he broke from his shy demeanour and gave a straight-from-the-heart speech that his friends were his family in Singapore, leaving almost everyone teary eyed. Recently he found love in a form and shape of an A list Singapore actress, someone he worked with and knew for over 10 years. They are now setting up home in Singapore. He is relocating to Beijing to be challenged creatively but to him, Singapore will always be a home away from home.

She was barely 20 years old. She had married and given birth to a boy. Like most young women in her village, she trained to be a maid. She first assignment was in the Middle East. But she did not reach the airport on time. Singapore was next. To care for an elderly lady. In 2003, she landed on this island. Her first few months were difficult because the old lady did not trust her. She did not speak the language or dialect. The master of the house was a busy filmmaker who could be temperamental. With time, she would learn the Hainanese dialect, earn the trust, and become a part of the family. This year, she returned to her hometown in time for Hari Raya. She sent a photograph taken with her son. He is now taller than her. She was not there to see him grow up. The price, among many, she pays for making a living in another country. With the money she sent home, they have renovated their house, acquired a piece of land and bought eight cows. While she is happy to be home, this year she will miss watching the National Day celebrations in her Singapore home.

I am working on a movie, 1965, to be released next year this time, about immigrants who, during the founding of Singapore, had to make life-changing decisions about where they would live. People who came in search of a livelihood, and who suddenly realised they were not going back. That this island, for better or worse, would be their home, their country. I have a clear vision for this movie. It is not a political film. It is not a documentary. It is not propaganda. But if we get it right, it will be the first film about the founding of Singapore that will move us to think a little about what it is that makes us Singaporeans. I am lucky enough to have found a young talented director I want to work with on such a significant project. He told me honestly that he may uproot to another country for financial reasons. If there is a reason to stay in Singapore, it is for his family. While working on this film project, I see a gradual shift in him. A stir of nationalism within. Something that both he and I will be working to create in our audience, both Singaporeans and foreigners. A feeling of coming home… 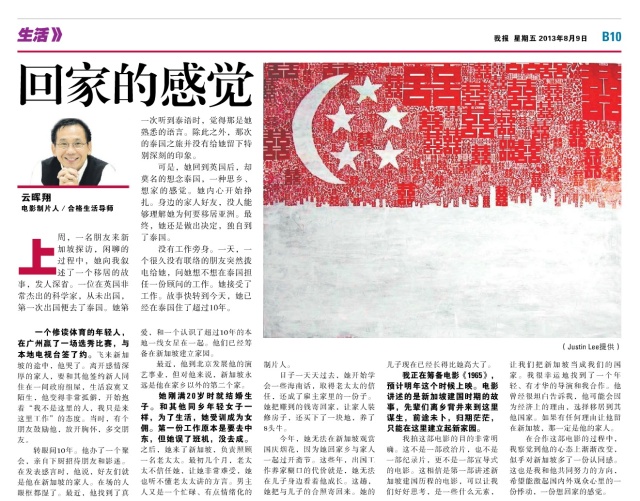 This entry was posted in About Singapore, Day to day. Bookmark the permalink.

1 Response to A Feeling Of Coming Home