Something New From Something Old 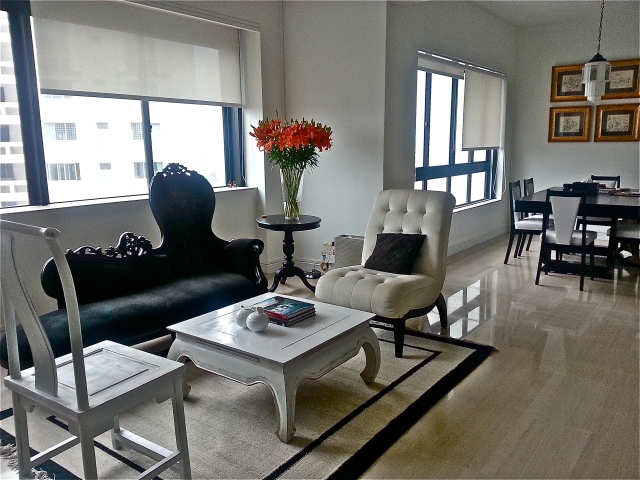 Early this year, I decided to move. It was as sudden a decision and it was also rather shocking. After all, I have stayed in the house I bought for almost a decade. This could be the house that would define the way I live. It was fashioned after the black and white colonial houses. It was also a place I found my love for Chinese Contemporary Art. These elements combined to give a look that was at once classic in a way and modern in another. What I spent the most time on, however, was creating something new from something old. From the grills to the tiles, from the furnishings to the art, they were all new, yet designed from the classic templates.

I took this concept a few steps further in my new place. I was on a budget. So I looked for furniture from junk yards, old furniture shops and refurbished them. I had a look in mind. The art deco look from the 1930s. With an oriental twist. Not unlike how old Shanghai was, a capital of Western influences, yet decidedly Eastern in feel and sensibility. I had a good time looking at pieces of furniture that were almost discarded. When I saw their potential I would find ways to breathe new life into them. The results were quite stunning to behold. When everything was put together, when all the pieces fell into place, I was quite amazed myself that it actually felt like home. A new home.

The previous tenant of this apartment was not concerned with the aesthetics. These pictures show how the apartment looked before and how it looks now. My black and white theme is quite evident. Once the furniture were in place, there was a bigger challenge. The toilets and kitchen were in an appalling state. We had professional cleaners scrub them several times to no avail. A friend saved the day when she recommended a company which refurbishes toilets and kitchens. The techniques are revolutionary. Special spray and special paint. After a few weeks of work, the toilets became almost brand new. I have never heard of this company. 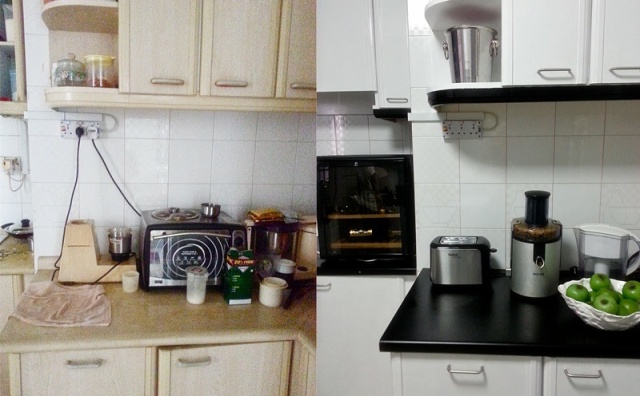 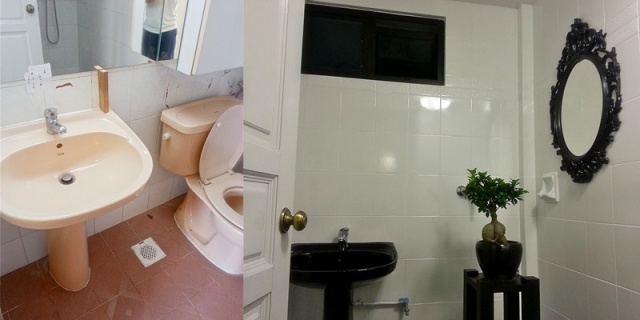 I was at first skeptical that it was possible to refurbish toilet tiles and bath tub without replacing them. The work on the toilets started after we moved in. So I was there to witness the process. This company has done work for hotels, offices, public buildings in addition to homes. The workers spent time mending the tiles and bath tub. It took a day for each toilet. Then they spent two days spraying over them. For the flooring they used a special paint. The kitchen was a more straightforward process, although no less tedious. I agreed to have my house featured in a corporate video of the company, Tubmaster Refinishing, because they are the professionals who helped me complete the challenge of creating something new from something old.