When October ended and November began in 2009, especially when the Christmas decorations started to show up, this friend of mine felt a little panic. He was not ready for Christmas. He was not ready for the year to end. Something was amiss. He felt listless. While he was unpacking an old box in his study, he chanced upon a notebook, one in which he wrote his resolutions years ago. It must have been at the turn of the millennium. He was about to put it away when something caught his eye. Did he really write this? He had promised his favourite aunt he would paint a portrait of her. Over the next few days, this rekindled promise lingered. And inexplicably, the urge to paint became stronger. But the year was coming to an end. Could he still paint after all these years? He stopped painting after he started working decades ago. Why did he even entertain the thought? But the thought persisted.

On November 15th, he decided strangely but firmly that the year was not done until the portrait was done. Once he started, there was a momentum. It was not as challenging as he thought. Getting the oil paints and the canvas gave him the feeling of being an artist all over again. He found his old isle under the bed. His aunt was surprised but pleased he remembered this promise. For two weeks, she sat patiently for the portrait with a hardly-contained smile and a faraway look. It was completed a week before Christmas. When he found an antique gold frame for it, it was Christmas eve. A most timely present for his aunt. And a timeless present for himself. It ignited the latent interest in him to paint again. His aunt passed away the following year. He decided to continue painting and held an exhibition in her memory. The portrait was of course the centre piece. It was not for sale. It would be a reminder not to neglect his talent for painting. He has not stopped painting since. 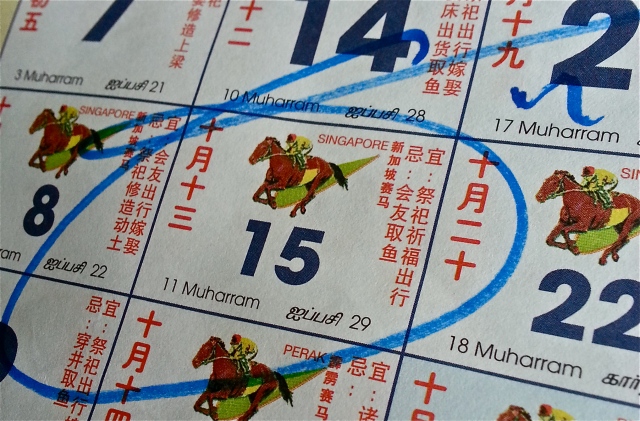 I reflect on the year in November. December will be too rushed. This has been a year of change. I never thought I would move from the house I bought. I thought landed living, with no one above or below was the ultimate. But I moved into an apartment in May. I have always provided guidance to actors. It is related to my work as a filmmaker. But I never thought I would be a part of an acting school. Yet in October I became the chief executive of a venture to start an acting school. It allows me to collaborate with movie practitioners I know, as my concept for the school involves extensive real industry interface. I never thought I could, but I became a certified life coach and started coaching professionally this year. And I was told you should not run too much. It is bad for your knees. I stopped many years ago. I never thought I would start running again. But I did five months ago. Each time, I run for an hour. Twice a week.

What is more important in November is to reflect on what we still want to do for the year that we have not done. If we think about them now, we will still have time to do them. If we allow ourselves the luxury of time to ponder, we may come face to face with what we want to do, and even understand why we have put them aside. And if we are kind enough to ourselves, we will find the how and the when to start doing them. Today is November 15th. Give and take, we have about six weeks before the year ends. If there was just one thing you want to do in these six weeks, what will it be? Something that will make a difference for the whole year. The thing you want most to accomplish on your to-do list. I have started thinking. I have started planning. I am about to put my plan into action. The one thing I want most to do before this year ends. I really hope you will do the same. So that we can all end the year on a high…

‘It is not how you start, but how you finish the year.’ 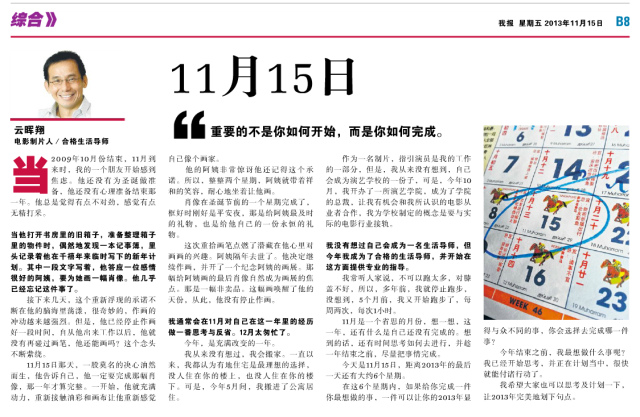