An ‘Interstellar’ Moment For Singapore Films 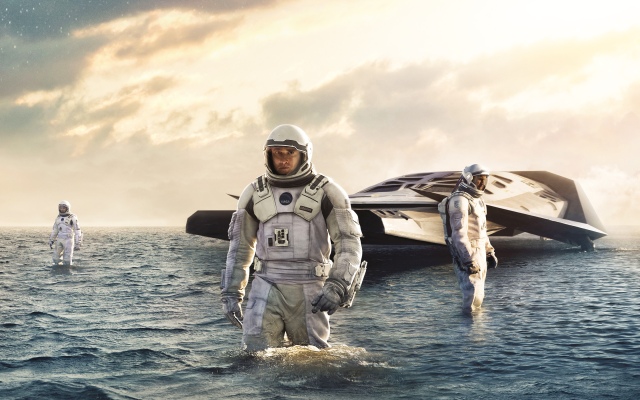 Last week, I left an Imax cinema not fully understanding a movie yet feeling inspired. It was the science fiction movie, ‘Interstellar’. I knew, hearing the excited chatter among the friends I saw the film with, that like ‘Inception’, this movie would generate a lot of talk. Especially on which part of the film is science and which part is fiction. Each time we look up to the sky, most of us have accepted the unknown as the unknown. That there are no absolute answers. But some of us continue to question. And some of us go beyond the questions to explore. The mysteries of the universe have a parallel to the meaning of life. Our existence, our journey and the meaning of it all. At the heart of ‘Interstellar’ is a moving story about the bond between father and daughter. I was overwhelmed by all the science, some real, some fiction, but I was blown away by the emotions between parent and child, all real.

As I said, I was inspired. That a film with a subject matter I am almost alien to can touch me on so many levels. Just a few days before watching this movie, I was asked by a journalist about how Singapore films could travel better. To this proverbial question, I would have shrugged my shoulders or given the standard answer of local subjects with universal themes. This time, I answered with a passion that is both old and new. ‘Ah Boys To Men’ did well locally but did not travel. ‘Ilo Ilo’ was sold to many countries but did not perform well in foreign markets. Is it the subject matter of Singapore films that audiences beyond our shores cannot fully understand? ‘Interstellar’ is proof you don’t need to completely comprehend a film’s subject matter. There are many more examples where the subjects may be difficult to relate to but other aspects of the film transcend all barriers. In fact, the subject in many films is incidental to the themes, characters or premise.

For the longest time, the weakest link in our local film industry has been attributed to our small market. While that is undeniable, it is in many ways, not the point. If we just focus on our small market, we will lose the plot, so to speak. To me, and many in the film industry who care to admit, our biggest problem has to be our lack of focus on the script. Not enough resources and time have been given to this aspect of filmmaking. What constitutes a good script is subjective but there needs to be a certain reverence to it, because everything begins and ends with the script. Everything is derivative of the script. The director directs the script. The actor acts out the script. The producer produces the script. Our market is not matured, so funding has always been the primary focal point. There is almost this idea that if the money can be found, everything else can be resolved. This mentality has to change. When there is a good script, producers worth their salt should be able to find money and talents for it. But it starts with the script. What is compelling about the story that it begs to be told?

Yet I feel the winds of change blowing. Some filmmakers had been inactive for several years, but they are now behind some of the most exciting projects in preproduction and production. These projects have been in development for a few years. It follows that the scripts for these projects are given the necessary time and resources to go through the rounds of changes to get the acts, characters and plot details right. Kelvin Tong who went to Hong Kong, is directing a new movie, ‘The Faith Of Anna Waters’, with a fresh mix of local and foreign talents. Roystan Tan’s last feature was seven years ago. He is now directing ‘3688’. Eric Khoo finally gets to make the erotic film he has been talking about for nearly a decade, ‘In The Room’ which is financed by a Hong Kong firm. Boo Junfeng is directing his second film ‘Apprentice’, a movie about capital punishment. His script has been discussed in workshops around the world for over three years. Anthony Chen is writing his next feature, albeit fastidiously.

And I am now producing and co-directing ‘1965’, a personal pet project in the making for almost five years. It was only about a year ago that I finally felt I had the right premise, one that could be developed into a mainstream film, with themes and characters that are relatable to people staying in any part of the world. When good scripts are made into films, they inspire good writers to join the industry and pave the way for better and better writing as a whole. Directors, actors, producers, and even investors, will understand the need for both time and resources to do research, to get the characters and dialogue real to the settings, to get the plot lines plausible yet unpredictable. Christopher Nolan said it was not as important to understand his movies as it was to feel them. A film needs to be felt more than understood.

Watching ‘Interstellar’, I was floored emotionally that for the protagonist, the risk of piloting a mission to save his children’s future is the possibility he will never see them again. Matthew McConaughey’s performance is the conduit to the feelings Nolan wants viewers to bathe in – empathy for a space and time traveler who is, above all, a father. While I immerse myself in the cosmic spectacle, while I marvel at the stunning visuals and convincing performances, what I am ultimately connected to in the film are the human sacrifice, courage and love. And these are the same elements a Singapore film can have even when our budgets, expertise and resources limit us from tackling the more ambitious narratives and visions of bigger markets. One day, hopefully in the not-so-distant future, I’ll see a Singapore film inspiring someone in a distant country, unravelling a universal truth about the human existence from this small market that could.

1 Response to An ‘Interstellar’ Moment For Singapore Films