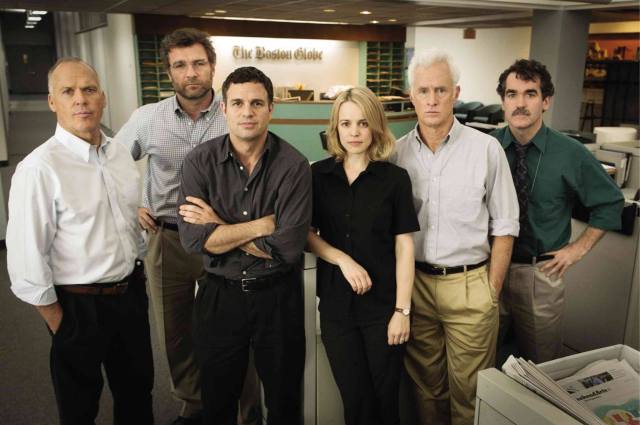 We can all remember a time when something happened, and we had expected some friends to call, to ask, to speak up, or just say something. After a while, when they didn’t, we were perplexed, confused. Then it dawned on us. We were on our own. They had looked the other way. Their silence was deafening. The feeling was beyond hurt or betrayal. We felt suddenly alone, abandoned and afraid. And what Martin Luther King said, rang loud and true. ‘In the end, we will remember not the words of our enemies, but the silence of our friends.’

Once in a while, there is a film like ‘Spotlight’, which isn’t just the most significant movie about journalism since ‘All The President’s Men’, it is also the most enjoyable. It is about breaking this silence. On one of the most ungodly sins. Committed by priests who were protected by the ‘system’ when the Church and State were almost one. Co-writer and director Tom McCarthy tracks the team in the newsroom like a procedural thriller, letting the facts tell the knotty story with unrelenting integrity and mounting tension.

Winner of the best film at this year’s academy awards,  ‘Spotlight’ is a superbly controlled and engrossingly detailed account of the Boston Globe’s Pulitzer Prize-winning investigation into the widespread pedophilia scandals and subsequent cover-ups within the Catholic Church. It is intelligent and smart without the grandstanding. The steller cast are glamorously unglamorous with their unflashy and subtle performances. They understand that their characters aren’t the story. And when the story finally breaks, the slow-building is more sobering and scrupulous than it is cathartic or revelatory. There may be heroes in ‘Spotlight’ when the truth sees the light of day, but no one is totally blameless or guilt-free.

This entry was posted in About Movies. Bookmark the permalink.