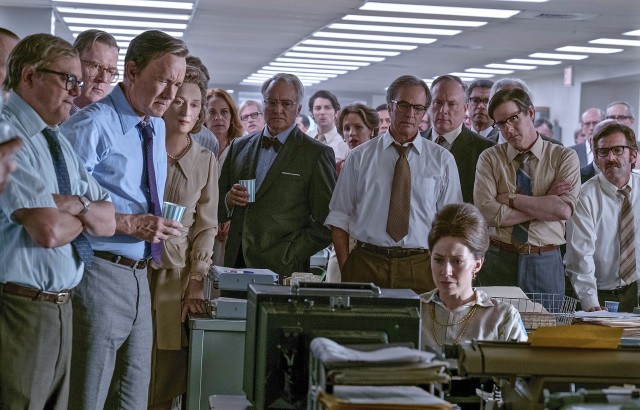 Have you ever wondered? Why and how for some movies, you are on the edge of your seat when you already know the outcome of the story, when it is retelling a piece of history. It comes down to great storytelling, the makings of a great film. I am talking about ‘The Post’. A movie in which three names synonymous with great filmmaking come together – Steven Spielberg, Meryl Streep, Tom Hanks. Comparison to ‘All The President’s Men’ is inevitable and it will fall short. But it is as polished as any good old fashioned well-made film can be, turning an American story of history, journalism, politics into a tense thriller of how those things came together over a couple of fateful weeks in the summer of 1971. When The New York Times, followed by The Washington Post, published extensive excerpts from the top-secret Pentagon Papers – despite clear signs of certain defeat, the government continued sending young American soldiers to fight the Vietnam War. Meryl Streep, in a role that will probably win her another Oscar nomination, plays the publisher who has to make the final most precarious decision – can The Washington Post afford to print the story given the dire consequences? And can The Washington Post afford not to print it? Her decision became an iconic moment – the media reclaiming its own freedom to call out the excesses of power. This movie celebrates what that means, but it also takes you back to a time when the outcome was uncertain, and the freedoms we thought we took for granted hung in the balance. Just as they do today.

This entry was posted in About Movies. Bookmark the permalink.