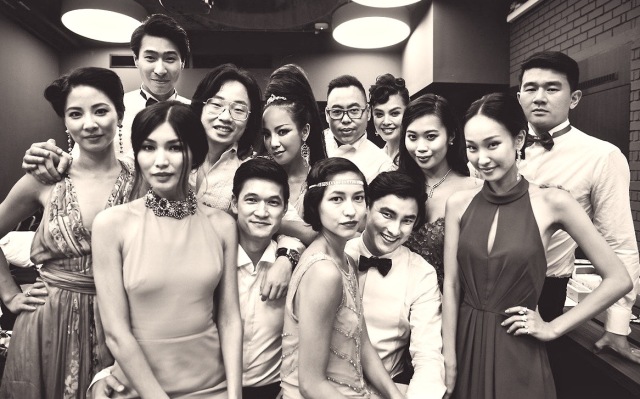 So much has been written and said about Crazy Rich Asians, I wondered if I should weigh in. Until now. A friend shot three questions in one breath, “Is it just hype? Really, is it any good? Did you actually enjoy the film?” Someone in the arts with opinions said to me, “I hear it doesn’t represent Singapore accurately at all. It is sad, such a high profile film. And why do we need Hollywood to validate us as an industry?”

Everything good you have read and heard about CRA, well, they are all true. It is also true that when a film generates so much positive coverage and buzz, a backlash will follow. So let me just say…

If you have watched, or are going to watch, if you partake in any conversation of CRA, you are a part of, the people behind it call it a movement, I will say, a part of something bigger. In time to come, when memories fade into sepia, you will look back at this release of CRA as a milestone, a significant chapter in Asian Cinema. This will be especially true for Singaporeans. Because for the first time, a Hollywood blockbuster based on a story in Singapore with an all Asian cast, will change how films are made in big markets. It happened with the African Americans, now it is our turn.

People have asked me why, China being the biggest market, there are no actors from mainland China in the film. Or at least a name from Greater China, like a Daniel Wu or Nicholas Tse who can speak English. Why have the producers instead come to South East Asia? The simple answer is because the story is based here. While the main cast comprises American Chinese, European Chinese and Australian Chinese, the success of this film will sharpen focus on Asian actors who speak English. In Asia, Singapore will stand out because our actors do. Our actors will now be on the international radar.

During the gala premiere in Singapore last Tuesday, the producer John Penotti was thanking Singapore corporations, state-owned and otherwise, for their support. When he finished a long list, I realised almost the whole of Singapore, with the assistance of IMDA, has opened up to support this film. The collective returns for Singapore, especially for tourism, will be bountiful. With this film, a precedent has been set. When a local film asks for support, I hope the corporations will be as supportive.

The last mainstream Hollywood film made with an all Asian cast, Joy Luck Club, was 25 years ago. It was considered a success, but the US box office of CRA in the first weekend surpassed the takings of its entire release. CRA will single-handedly revive the romantic comedy genre, which has performed poorly in recent years. The decision to turn down Netflix and go with a theatrical release will also impact decisions of other films looking to avert the big screen. While Netflix is changing how we consume content, CRA is demonstrating the kind of impact and influence only theatrical releases can create.

For Singapore, the CRA mileage on our island will rival that of the Trump-Kim summit. If you believe in the magic of movies and the power of films, the positive awareness for Singapore can only be imagined. Now, it is rather silly to complain about the exclusion of Singapore’s substantial and socially active minorities from any definitive role in the film. If the minorities feel absent from proper portrayal, so will the majority of the Chinese community. As you know, most Chinese are not crazy rich. ‘This is not a realist, less so a social realist, work of art.’

In fact, the film’s promotion of traditional Chinese family values and its affirmation of love that transcends wealth and class should be applauded. These themes are a reminder that money is a means not an end in itself, even in prosperity-centred societies. CRA is a shout out to all Singaporeans, regardless of financial standing or ethnicity, to take an introspective look at the definition of success. Like I Not Stupid and 881, CRA is getting many, who have not stepped into a cinema for months or even years, to watch a movie on the big screen. And this is happening around the world.

CRA has sailed past the S$2million mark in Singapore yesterday. It is the number one movie here, and for two weeks in a row, the number one movie in the States. While I have stated its importance, it is historic and a game changer, no important movie can be this successful if it is not entertaining. So yes, I enjoyed the film. There are laugh out loud moments and also moving moments. Accurate portrayal? Hey take a chill pill, it is so not the point. This is a story about the super rich. It just happens to be based here. And while shooting it here, Singapore rose to the occasion.

CRA is a fun, entertaining romantic comedy, with a great off-beat soundtrack to boot. Those still sitting on the fence, hand on heart, I think you should just go watch it. It is the end of the month. Go have some fun. And celebrate how this film is showcasing our talents, our locales and our food to the whole wide world. It will help open our film industry to bigger markets. No, we don’t need validation from Hollywood. But making movies is about finding audiences. This watershed film, which can be a case study of marketing and promotion in a fragmented media world, will help us do that. #crazyrichasians #crazyrichasianssg